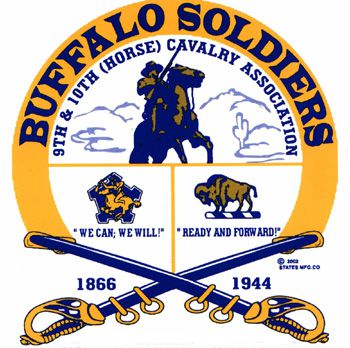 The Los Angeles Chapter of the Ninth & Tenth (Horse) Cavalry Association website was created to educate the public about the history of the Buffalo Soldiers.

The basic rule of this organization shall exist for the purpose of carrying out the objectives of the Association non-profit,educational, patriotic military service organization, which shall remain non-partisan and non-political.

The purpose of the Greater Los Angeles Area Chapter of the 9th & 10th Horse Cavalry Association is to educate, preserve, promote, and perpetuate the history, tradition, and outstanding contributions of the Buffalo Soldier towards the development and defense of America from the end of the Civil War to the present. Our hope is to extend public knowledge of achievements of the Buffalo Soldiers to the full general public. Thus building pride and patriotism throughout all of America’s communities,

African Americans have fought in military conflicts since colonial days. However, the Buffalo Soldiers, comprised of former slaves, freemen and Black Civil War soldiers, were the first to serve during peacetime.

Shortly after the Civil War, Congress authorized the formation of the 9th and 10th Cavalry and the 38th, 39th, 40th, and 41st Infantry Regiments: Six all Black peacetime units. Later the four infantry regiments were merged into the 24th and 25th Infantries

Once the Westward movement had begun, prominent among those blazing treacherous trails of the Wild West were the Buffalo Soldiers of the U.S. Army. These African Americans were charged with and responsible for escorting settlers, cattle herds, and railroad crews. The 9th and 10th Cavalry Regiments also conducted campaigns against American Indian tribes on a western frontier that extended from Montana in the Northwest to Texas, New Mexico, and Arizona in the Southwest.

Throughout the era of the Indian Wars, approximately twenty percent of the U.S. Cavalry troopers were Black, and they fought over 177 engagements. The combat prowess, bravery, tenaciousness, and looks on the battlefield, inspired the Indians to call them Buffalo Soldiers. The name symbolized the Native American’s respect for the Buffalo Soldiers’ bravery and valor. Buffalo Soldiers, down through the years, have worn the name with pride.

At least 18 Medals of Honor were presented to Buffalo Soldiers during the Western Campaigns. Similarly, 23 African Americans received the nation’s highest military award during the Civil War.

Buffalo Soldiers participated in many other military campaigns: The Spanish American War, The Philippine Insurrection, The Mexican Expedition, World War I, World War II, and the Korean Police Action.